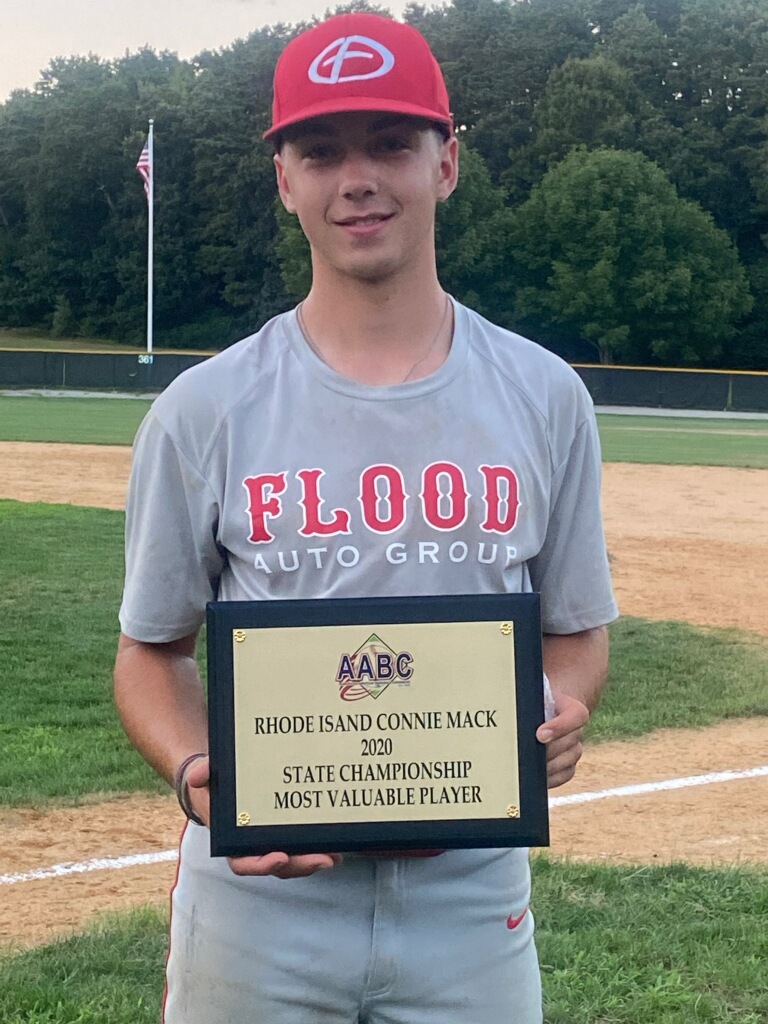 Anthony Iamarone, who picked up a complete game victory in the clinching game of the Rhode Island Connie Mack State Championship, was named MVP of the finals. In game two, he also added three hits (one double). 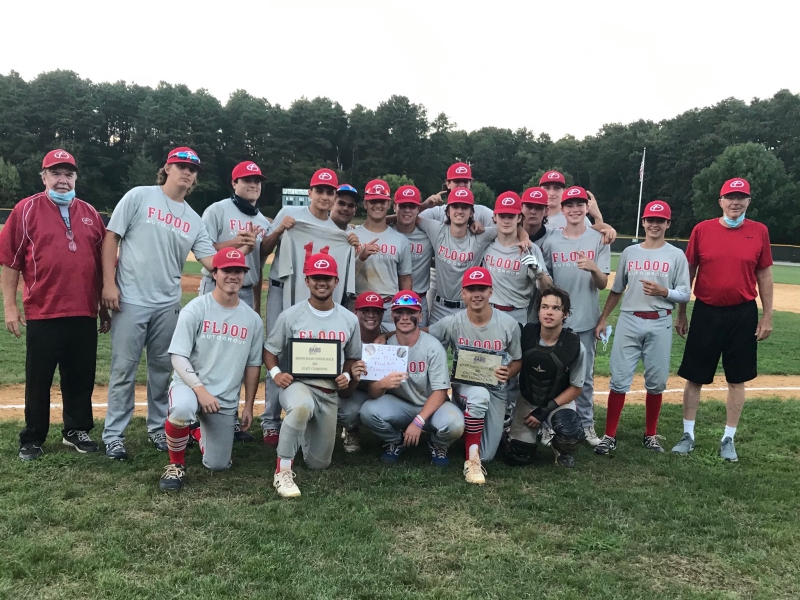 Led by an strong offense that peaked at the right time, Flood Ford Auto won the 2020 Rhode Island Connie Mack title for the first time since 2011.

In game one, Chris Manzo pitched six innings to pick up the win and Dan Rice pitched Flood out of jam in the seventh to preserve the win.

Iamarone, who struck out ten batters, allowed only three hits in a complete game effort. 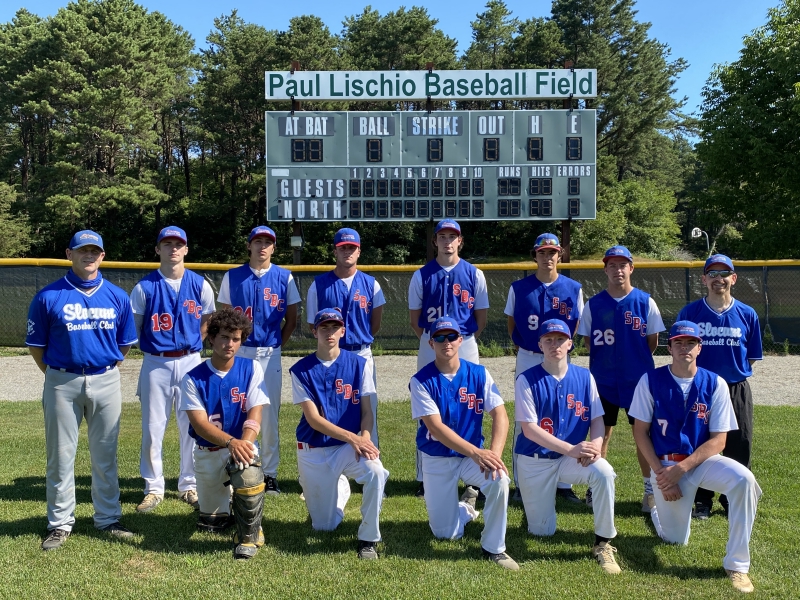 In a well-pitched game by both teams, Slocum edged Chariho, 4-2.

Owen Caldwell went the distance to pick up the victory.

For Chariho, Justin Giles had a strong pitching performance and Liam Goldstein had two hits and two rbi’s.

After Chariho went up 2-0 early in the game, Slocum tied it 2-2 in the 4th and then scored single runs in the fifth and sixth.

In one of the best games of the playoffs, Slocum held on to a one run win when they turned a 3-2-4 double play with the bases loaded to end the game and advance to the finals with a 3-2 win over regular season Co-Champion, Chariho.

For Slocum, Kieran Gibson threw 5 1/3 innings before Braeden Perry pitched the final 1 2/3 innings for the save.

After Slocum added an insurance run in the bottom of the sixth inning for a 3-1 lead, Chariho fought their way back, cutting the lead to 3-2 in the top of the seventh inning. When the loaded the bases with one out, however, Slocum turned a 3-2-4 double play to end the game.

Flood Ford advances to final with sweep of Avengers! 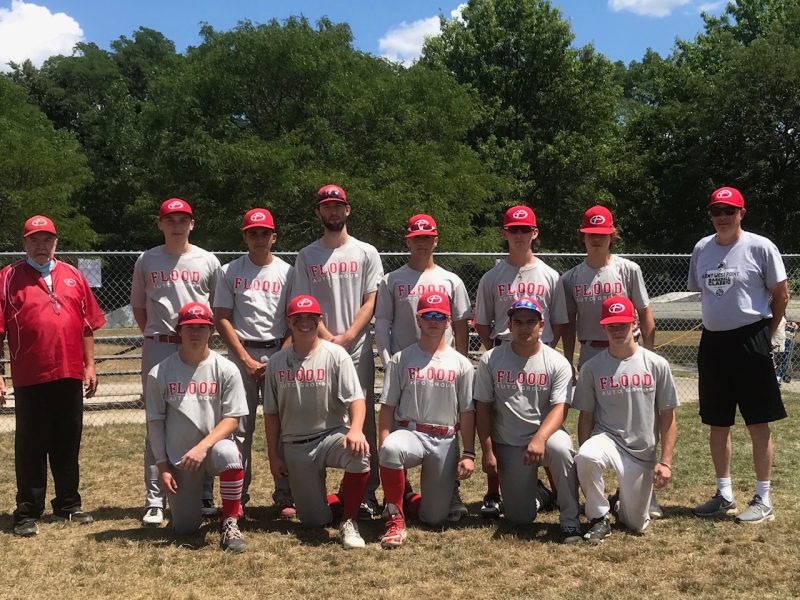 They will play Slocum Baseball Club, who won the title in 2016.

Lead by the solid pitching of Connor Kennedy and reliever Danny Rice, Flood held off a late Avenger rally for a 5-3 win in game one. Rob Whalen led Flood with three hits and one rbi.

In game two, Danny Rice went 3/3 with two rbi’s and Jonas Kendra picked up the win by striking out four batters and scattering five hits.

Owen Drolet of East Greenwich had three hits to lead the Avengers. 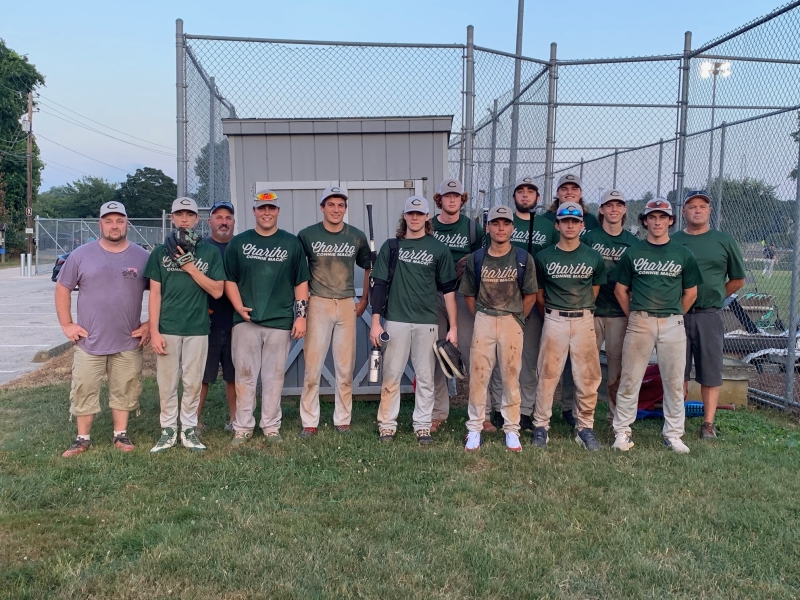 In game one, Chariho, who finished in a tie for first place with Flood Ford, needed a walk-off hit by Johnny Pellegrino in the bottom of the eighth inning to defeat Narragansett/South Kingstown, 9-8.

Offensively, Mark Wightman, Anthony Fusaro and Josh Smithey each had big nights at the plate.

In game two, Jack Kesner, who pitched the first five innings and Anthony Fusaro, who held off the Lions in the final innings, combined to lead Chariho to a 8-6 series clinching victory.

The play Slocum in the Semi-Finals.